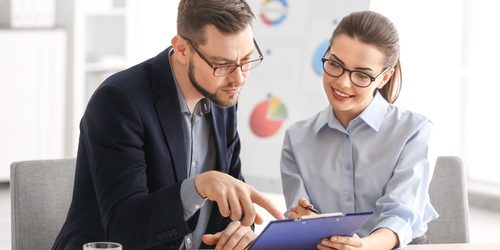 Why invest in a language audit

Today’s world is a global village. To a greater or lesser extent, a successful development of any company depends on the ability to communicate in many languages. The lack of communication between international teams, suppliers and customers may result in conflicts, and have a negative impact on financial results of the business. Developing a proper strategy on recruitment and learning the language within the organisation, preferably on the basis of findings from an external verification, is the key to breaking the communication barriers and building a truly global business based on collaboration and understanding..

The global marketplace is no longer just about English

Considering a rapid expansion of big players from the eastern markets, such as China, India or Thailand, it is also worth investing in other languages. Until recently still seen as ‘oriental’, they may have as much business value as English in a few years. Unfortunately, many European companies seem to ignore this issue. The truth is that it is challenging to form a relation with a foreign customer or supplier while not speaking their language. Employees who are able to have business conversations in their contractor’s native language are a guarantee of trust and loyalty.

Foreign language skills increase the efficiency and effectiveness of employees

Research conducted by psychologists from Chicago University suggest that people speaking foreign languages make more logical decisions. As reported by BPS Research Digest1 it is not clear why it is so, i.e. why people speaking a foreign language start to think in a more rational way. It is believed that this is caused by a psychological and emotional dissociation from the issue in question – a foreign language often help us make decisions in a systematic, not automatic way. On the other hand, a research carried out by Pennsylvania State University2 indicates that multilingual people are better at coping with many tasks. Scientists suggest that switching from one language to another is a form of mental exercise, which equip the speaking person with mental ‘juggling’ skills. Such switching of thinking modes causes a significant increase of cognitive skills, and multilingualism itself improves memory.

For many people, a rapid development of emerging markets in Asia and South America entails the increase of contacts with business partners in areas that are often culturally alien. Understanding and appreciating cultural differences is most of all the guarantee of avoiding marketing and communication mistakes. Let us use Proctor & Gamble, an American consumer goods giant, as an example of cultural unpreparedness. The company released an advertisement showing a woman taking a bath and her husband entering the bathroom and massaging his wife. In the United States the commercial was received quite well, whereas for the Japanese a certain line has been crossed. To the Japanese, the image of marriage in this commercial violated the sense of decency and good taste, and promoted values contrary to Japanese culture. It is needless to say that Proctor & Gamble campaign in Japan brought financial losses. Similar marketing mistakes may be easily avoided – one simply needs to acquire some cultural sensitivity.

How to properly prepare language training?

Considering the numerous advantages of having multilingual teams in the company, there is a matter of proper preparation and implementation of training systems. It is best to start with a fair assessment of the team’s or job applicants’ language skills. Self-assessment of the level of proficiency by candidates and employees may not be very effective: people, for various reasons – stress, ignorance, ambition or modesty – may over- or underestimate their skills. One of the more convenient ways of doing this is the so-called language audit, the primary purpose of which is to assess a person’s language potential. The conducted analysis constitutes an excellent basis for developing appropriate training systems for your employees. However, in order for the language audit to make sense, its quality is of utmost importance. It is worth checking who prepares and supervises the whole process. In the case of the Focus platform, the preparation and assessment of tests is carried out by Skrivanek language school and the verification of language competences is carried out by a team of qualified and experienced foreign language teachers. Time is crucial, which is why the audits are carried out entirely online. A person who undergoes language competence verification is given a mark according to the Common European Framework of Reference for Languages CEFR (A1–C1), along with a detailed commentary from an auditor. Depending on the type of audit, you will receive your grade up to 24 or 48 hours after taking the test.

What does a language audit with Focus look like?
27 June 2022

How has the pandemic affected the fight for talent?
26 April 2022

Who should supervise language audits – a teacher, a native speaker or AI?
31 January 2022

This website uses cookies to improve your experience while you navigate through the website. Out of these cookies, the cookies that are categorized as necessary are stored on your browser as they are essential for the working of basic functionalities of the website. We also use third-party cookies that help us analyze and understand how you use this website. These cookies will be stored in your browser only with your consent. You also have the option to opt-out of these cookies. But opting out of some of these cookies may have an effect on your browsing experience.
Necessary Always Enabled
Necessary cookies are absolutely essential for the website to function properly. This category only includes cookies that ensures basic functionalities and security features of the website. These cookies do not store any personal information.
Non-necessary
Any cookies that may not be particularly necessary for the website to function and is used specifically to collect user personal data via analytics, ads, other embedded contents are termed as non-necessary cookies. It is mandatory to procure user consent prior to running these cookies on your website.
SAVE & ACCEPT